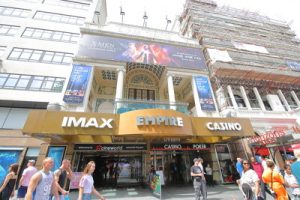 Everyone in the United Kingdom is aware of the issues that the country is surrounding at the moment. From the after-effects of COVID-19 and its associated lockdowns through to the race to become the country’s new Prime Minister, so much seems so unstable within the UK right now.

One of the biggest problems that faces many people and businesses is the cost of living crisis, especially with the winter months on the horizon. Rising oil prices have been experienced across the British Isles already and in more recent times, soaring energy costs have been front and centre of many news reels.

The question is how are these costs likely to affect land-based gambling establishments? Most physical casinos are huge places, requiring a lot of electricity and temperature controlling items to be running inside them in order to keep guests comfortable while they’re visiting. The Betting and Gaming Council (BGC) has already highlighted that such increasing costs could be very detrimental to the land-based gambling scene. Casinos, bingo halls and bookmakers could suffer heavily, leading to some of them no longer being able to operate.

Have a look at how the cost-of-living crisis and rising energy prices are affecting the land-based gambling industry, and if anything else is expected to happen that will drastically upset the scene. 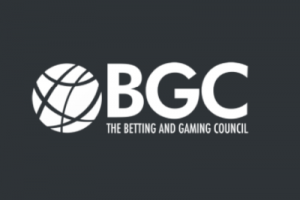 A catastrophic impact of the increase in energy prices could be experienced by land-based gaming operations in the United Kingdom, according to the BGC. It called for urgent action to be taken by the Government, asking that once the new Prime Minister is elected, that they tackle the increasing burden that those costs are likely to have on the hospitality and leisure sectors.

The BGC highlighted the 121 land-based casinos that are open in the UK, as well as the 6,500 high street betting shops. Along with the rest of the hospitality sector, those establishments are being hit hard by the rising energy bills. The fact that the sector also employs around 44,000 people and supports an additional 48,000 jobs, whilst also contributing £4 billion to the country’s economy with £2 billion in taxes submitted each year, were other statistics highlighted by the BGC.

Research conducted prior to the 2020 pandemic’s arrival discovered that about 82% of betting shop customers visited the premises about once every week, and 89% of them went to other shops nearby. A global energy crisis is currently taking place, although the UK seems to be acutely affected by it, with businesses facing an average energy bill increase of 300%. That could have a monolithic impact on the land-based gambling scene, as well as affecting the customers who usually visit such establishments.

July Marked as “Lull Before the Storm”

At the beginning of August, The Guardian noted that the month of July could have been the “lull before the storm” for both retailers and consumers. The United Kingdom experienced a heatwave, meaning that sales of summer clothing, electric fans, and outings to bars and restaurants increased significantly. Considering that land-based casinos tend to provide entertainment in their own right, footfall to such establishments also increased, where air-conditioned rooms exist and drinks from the bars can be purchased as needed.

Of course, a heatwave is enough to make even the hardiest of Brits leave the comfort of their homes, regardless of the cost-of-living problems. But with that period of time having passed already, the future looks somewhat bleaker for gambling establishments. As winter approaches, fewer people will be looking to venture out into the colder weather. Yet despite that fact, casinos will continue to operate throughout the year, and this means that they will need to keep their premises temperate enough for players to visit and remain.

“The Bank of England now expects inflation to reach over 13% in October when energy bills rise again, further tightening the screws on struggling households”,

“This means that both consumers and retailers are in for a rocky road throughout the rest of 2022”.

And some experts have even predicted that the increasing inflation could also lead to a recession, and that could go on into 2023, hitting millions of the most vulnerable households. Spending on clothing and various other non-essentials held up thanks to the heatwave experienced in July and early August. But now consumers need to prioritise their spending, and this could have a massive impact on the gambling industry.

With rising household energy bills, people won’t have as much money left aside to spend on non-essentials. Gambling is considered to be such a product, so there is likely to be fewer people entering land-based betting shops and casinos and spending their money inside. This, naturally, has a knock-on effect to the establishments, which won’t be making as much profit. And considering that they also have rising energy costs to tackle, it potentially spells disaster for everyone.

Back in July, it was reported by the British Amusement Catering Trade Association (BACTA) that staff recruitment at seaside arcades and adult gaming centres was getting a lot more difficult. The study conducted found that a large portion of respondents to BACTA were having issues with finding employees who are both willing and able. Some had suggested specific worries about the financial future of the amusement arcades and gaming centres.

Respondents were asked to rate how difficult it currently is to recruit staff members, with 10 being the most difficult on the scale. Across the results, the average answer stood at about 7.2, although results were a lot more positive when staff retention was enquired about.

Up to April 2022, inflation had risen by 9% over a 12-month period, and BACTA members said that this has had a noticeable impact on both prices of things and the wages people bring home. Other worries included in the study surrounded insurance rate increases, wage increases and rising energy bills. And there was a general idea amongst BACTA members that if they chose to pass these increasing costs on to customers, then it would only end up fuelling inflation even more.

The CEO of BACTA, John White, spoke of the resilience of the industry, highlighting the challenges that it had faced during COVID-19 lockdowns.

“The subsequent cost-of-living crisis now presents new challenges to our members, with soaring energy bills, insurance rates being increased, and wages being hiked across the board”,

“We are making sure these challenges are being heard by the Government and policymakers across the country”,

continued Mr White, before noting that BACTA wants to work closely with members to “help alleviate” various concerns in the best possible way. 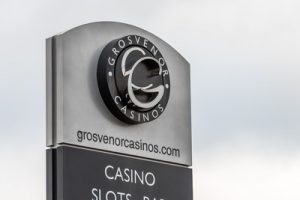 The Rank Group is a mammoth gambling operator in the United Kingdom, and while it does provide a variety of online services, it also owns land-based establishments, too. The company recently announced that it had hit its underlying year-end profit guidance of £40 million in the 12 months to June 30, 2022, despite experiencing decreased footfall in its London-based Grosvenor gambling venues.

And while it did say that those Grosvenor venues had managed to bring some people back, thanks to the return of tourists to London and other areas, it foresees a choppy future. Rank is also responsible for Mecca bingo venues across the country, meaning that the rising energy costs and the general cost-of-living crisis is likely to affect all of those establishments possessed by the company.

It noted that it had already experienced doubling energy costs, lifting the amount to around £23 million. And judging by the market price basis at current, it may result in a charge of £46 million for the same energy once it submits its full year report up to mid-2023.

The gambling operator anticipated that the 2022-23 time period will come with its own challenges, thanks to “high inflation hitting consumer discretionary expenditure and inflationary cost pressures”, noting that the further energy price rise in more recent weeks has undoubtedly continued to affect its operating margins within Grosvenor and Mecca properties.

The Status of Energy Prices in the UK 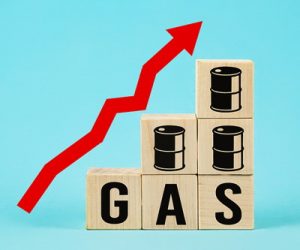 You don’t need to be a genius to figure out that energy prices across the United Kingdom have increased in recent months. It’s pretty much common knowledge to everyone today. And the price cap on bills is expected to rise once again in the autumn, while another rise is thought to be in place for January of 2023. Businesses across the UK are expected to face and deal with an average price increase of around 300% on existing rates.

“The cost of simply doing business is rising at an exponential rate”,

“Casinos are a vital pillar of the hospitality and tourism sector in cities and towns across the UK. Just like the rest of the hospitality sector they are struggling to build back after the global pandemic and now they face new crisis”.

It’s not difficult to understand that any business which welcomes customers into its premises has to grapple with the energy crisis. And this problem has come about at the same time that there is continued confusion and delays to the Gambling Act review white paper.

This isn’t expected to be published until the new Prime Minister is appointed, and even then, it could take a while for it to be released, considering there may be additional overhauls to it from its current status. Such delays to this could mean that the gambling industry as a whole is hit with further potential costs on top of those experienced due to the energy price emergency.

It’s not simply the after-effects of the global COVID-19 pandemic that have caused issues for the world where energy prices are concerned. Climate change has also been labelled as a contributor to such, and so has the invasion of Ukraine by Russian forces. Since early on in 2021, global oil prices have doubled, while coal prices have almost quadrupled. Not only that, but natural gas prices within Europe have increased by about 7x, according to the International Monetary Fund (IMF). And according to the International Energy Agency, the worst of the crisis is still to come.

Without a doubt, thanks to such price hikes, the hospitality industry is expected to be one of the worst hit, and this includes the land-based gambling sector. And while the UK isn’t the only country to be experiencing such problems, energy prices within are much higher than those in comparable economies like France and Italy.

British people have actually suffered much bigger price increases than most other European countries, including Germany, where 50% of their gas is imported from Russia. Inflation in the UK exceeded 10% in July this year in comparison with 8.9% across Europe, and unlike many other UK problems, this one is not something that can be majorly blamed on Brexit.

Thanks to the fact that wholesale costs ballooned in 2021, a total of 31 smaller energy companies went bust, thereby meaning that so many competitive energy prices disappeared. Millions of people were forced to register with bigger energy suppliers as a result, and this meant paying higher bills, too.

Smaller companies were in effect acting like brokers, rather than essential energy providers. Effectively, they bought electricity and gas from the wholesale market and then sold it on to retail customers. Rising wholesale costs sent them into a spiral and, eventually, into bankruptcy. Across Europe, there are tighter regulations on suppliers of energy, with rules in place to decrease the impact of sudden price spikes.

Naturally, because the UK also relies on natural gas to generate 40% of its electricity (whereas the European bloc only depends upon one fifth of this) and most homes are supplied with natural gas (whereas across Europe, electricity, nuclear energy and renewable sources make up a bigger share of the energy mix), it has created a massive double impact. Therefore, it is likely that due to the UK’s high dependency on gas, the price hike has been a lot more severe.

Many more problems have affected gas supplies, but essentially, it has all combined together to see prices soar, and this is bad news for land-based gambling establishments looking to successfully get back on their feet after COVID-19.